The war that erupted between Eritrea and Ethiopia in 1998 took most Eritreans, Ethiopians and interested observers by surprise, including me. Based in Asmara, I had been working as a journalist and photographer in Eritrea for almost two years when the news about incidents in remote border areas started filtering through. There were also economic tensions over the introduction of Eritrea’s own currency. But little to suggest that a devastating war was on its way.

After all, it was only seven years since Eritrea had won its independence, when the allied Eritrean People’s Liberation Front (EPLF) and Tigray People’s Liberation Front (TPLF) had finally defeated the Ethiopia’s brutal Derg regime led by Colonel Mengistu Hailemariam. EPLF leader Isaias Afwerki and TPLF leader Meles Zenawi were internationally celebrated as a new generation of progressive African leaders as they took helm in the Horn of Africa.

However, the latest border dispute was no longer something the two governments wanted to discuss in private. Eritrea had dispatched a large force backed up by tanks deep inside Ethiopian territory before pulling back and occupying the village of Badme, administered by Ethiopia, in retaliation for the killing of several Eritrean officers in the area.

The Eritrean government claimed that Badme was on the Eritrean side of the border and allowed a group of journalists to visit the place. What I found was a modest village with perhaps two hundred simple houses, a damaged administration building, and Eritrean soldiers pacing up and down the dusty main street, some even relaxing with a glass of tea bought locally.

Badme quickly became the symbol around which nationalist fervor was whipped up in both countries.  Two years later, this so-called border dispute had claimed the lives of an estimated 70,000 soldiers, displaced millions of civilians from the border region, and resulted in mass deportations from both countries. By then Ethiopia had retaken Badme and controlled large areas of undisputed Eritrean territory. In 2002, the Eritrea-Ethiopia Boundary Commission awarded Badme to Eritrea. Today, ten years after this ‘final and binding’ decision, Ethiopia is still refusing to accept the ruling, thanks to an acquiescent international community. A tense ‘no war-no peace’ situation has remained between Eritrea and Ethiopia.

In May 1998, I photographed Eritrea’s president Isaias Afwerki standing on a red carpet at the Asmara Airport, where he bid farewell to UN Secretary General Kofi Annan. What was he thinking that evening, just a few weeks after sending his soldiers to occupy Badme, provoking a furious reaction from Ethiopia and making Kofi Annan concerned about the possible escalation of the conflict?  In early June, Ethiopia launched an offensive near Zalambesa, hundreds of kilometres east of Badme.

In addition to his readiness to challenge Ethiopia for military supremacy in the region, was Isaias Afwerki also looking to derail Eritrea’s new constitution which, if implemented, would have introduced the rule of law, democratic elections as well as rights and freedoms for his people? The aftermath of the war in Eritrea – internal repression, the silencing of the private press and all critical voices calling for reforms –  gives some credibility to this theory.

This series of photographs is a reminder of the price paid by Eritrean and Ethiopian civilians for their new leaders’ power games and intransigence. Both governments were so bent on teaching each other a lesson that they refused to negotiate a peaceful settlement during the many quiet months that passed between major battles, when the opportunity beckoned to avert further slaughter and suffering.

There are many memories and pictures imprinted on my mind from the war, only some of which I caught on film.

The disbelief felt by Ghebrenegus, an old man who was deported because of his Eritrean origins despite living in Ethiopia virtually all his life.

Distraught families that lost young children as they tried to cross the flooding Mereb river.

Car headlights revealing trucks loaded to the brim with dust-covered people, driving through the night towards a displaced people’s camp.

The complete disruption of life in the border regions where local people have always intermarried, conducted business and grazed their cattle across the border, regardless of the power struggles plotted in Asmara and Addis Ababa.

Hundreds of millions of dollars spent on weapons rather than development, cruelly setting back hopes of breaking the decades-long cycle of conflict and poverty in the region.

Multi-million-dollar fighter jets dropping bombs on civilians who live on a dollar a day.

A young girl making injeera in a displaced people’s camp with no prospect of returning to her mine-infested village.

The smell of rotting bodies on the frontlines after a battle. 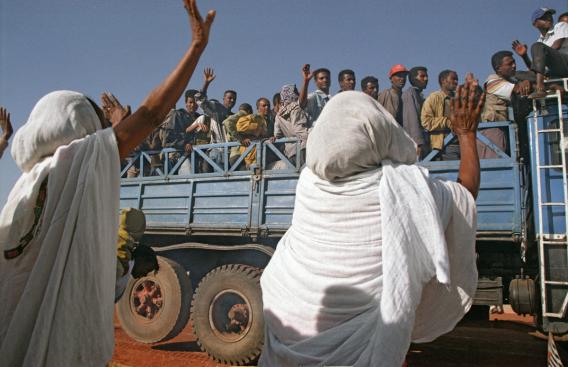 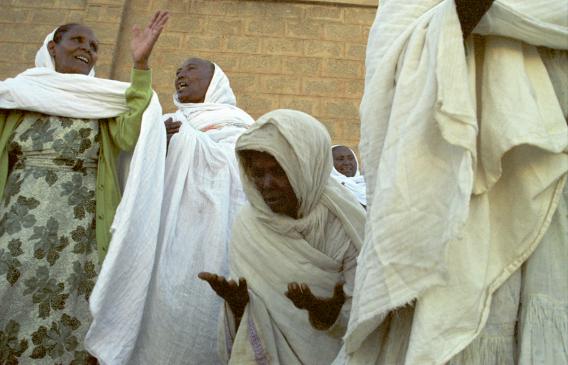 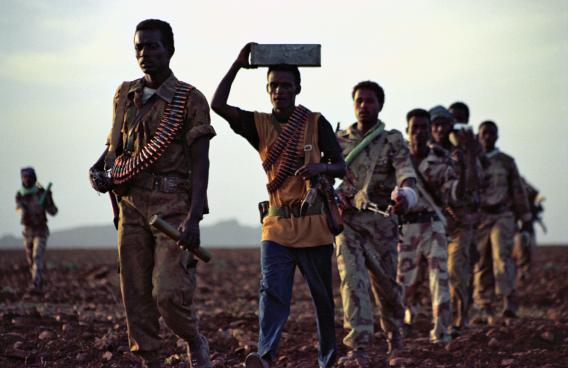 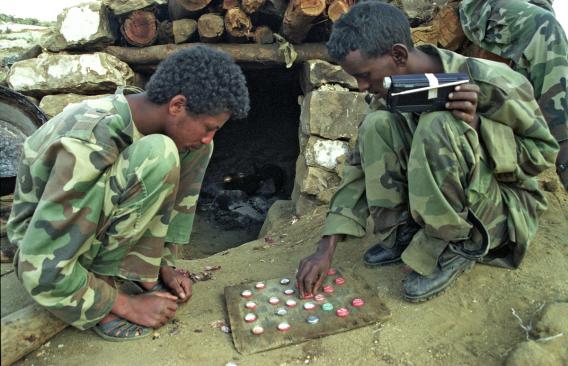 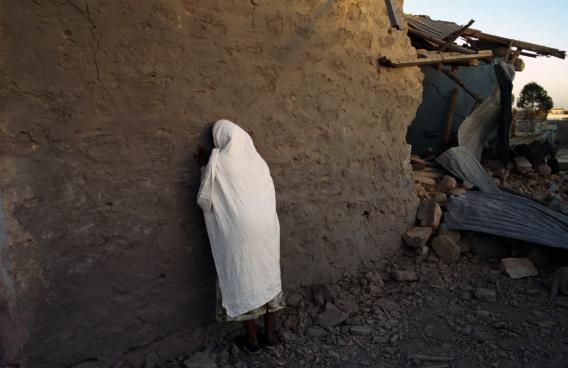 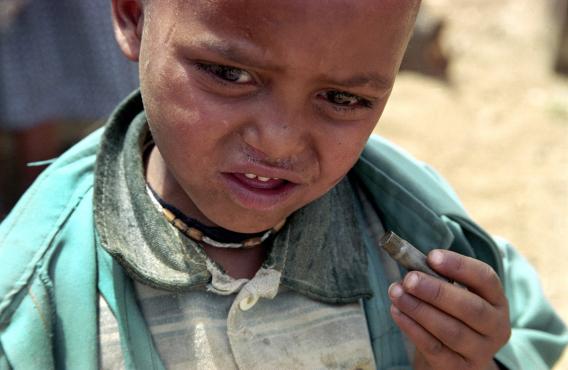 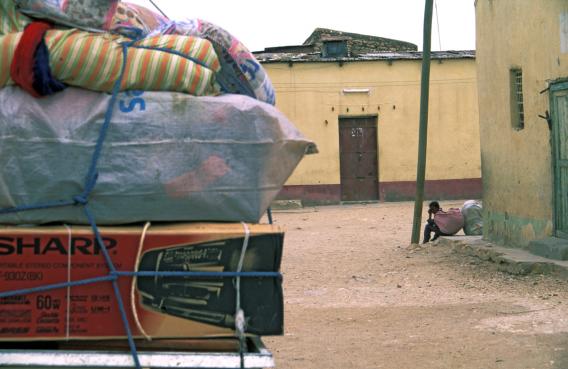 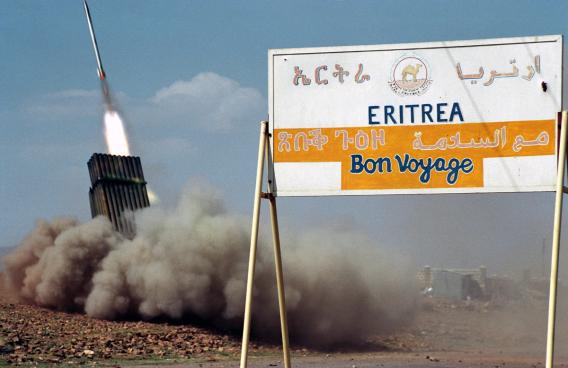 Sami Sallinen is a Finnish journalist and photographer who lived in Asmara in 1996-2003. His work can be viewed on www.samisallinen.photodeck.com