In Argentina, when we find ourselves referring to Madres with capital M we unequivocally mean the mothers of the desaparecidos; the disappeared, those abducted, to never be seen again, during Argentina’s last dictatorship between 1976 and 1983. The Madres, mostly housewives, who described themselves as Argentinean mothers searching for their children, are a group of women who on the 22nd of August of 1979 came to be recognized as Las Madres de Plaza de Mayo. They fought for decades with one single goal: to preserve Argentina’s collective memory against the most repressive and obscure regime ever existed in the country. A regime that, without any trial detained, brutally tortured, and killed thousands of its own citizens who spoke against the ruling dictatorial government.

On a long and painful journey that started as a desperate search for their own children, now, almost 40 years later, Madres de Plaza de Mayo have become universal symbols in the defense of human rights. Their white scarf became an iconic emblem against the atrocities committed by any regime.

But the Madres are getting old; many have already passed away. And so, history is about to move forward, and as it must, it will homogenize the past in order to provide us with a streamlined map in which the stories, struggles and pain will unavoidably fade into larger narratives where details are sacrificed.  This is where my work comes into being, as the desire to preserve those invisible threads of life that history may end up devouring.

This must be then the right time to explore further the world of the Madres, to look at it from inside, to help make tangible the breath and depth behind this single word, and to introduce the tiny details that make up the core and depth of the humanity within their struggle. Mine are the portraits of the homes of the Madres, both those who wore the white scarf and those who didn’t and stayed behind with their endless sorrow; those whose pain became silence and those who turned their sorrow into the voice of protest.  Portraits of bedrooms, living rooms, kitchens, shelves, and corridors are interwoven to build a conceptual house of the Madres. A house with 30.000 rooms to accommodate each and every disappeared.

This project has its roots in a personal exploration. Both my parents are desaparecidos, and my grandmothers were Madres. Since I never got to know my parents nor did I live in Argentina, my grandmothers became my bridge to history. 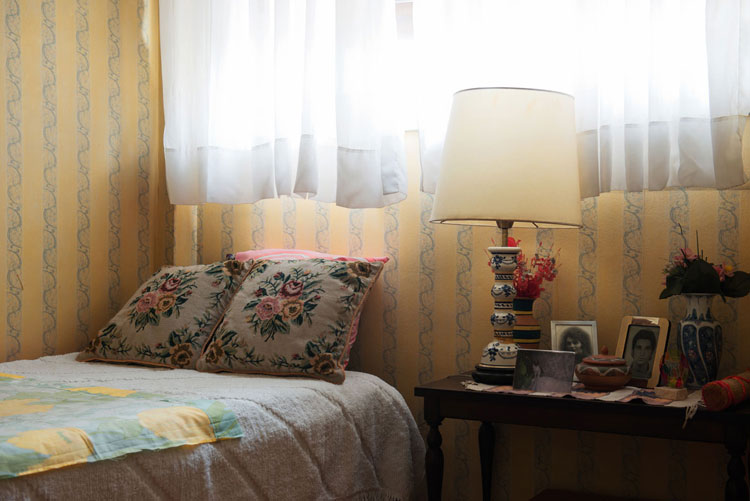 Every morning at 8am Marcelo would call his mother at the office. He was recently married and was working in a bank. On May 18th 1978 he didn’t call. He was 22, his wife was 21. 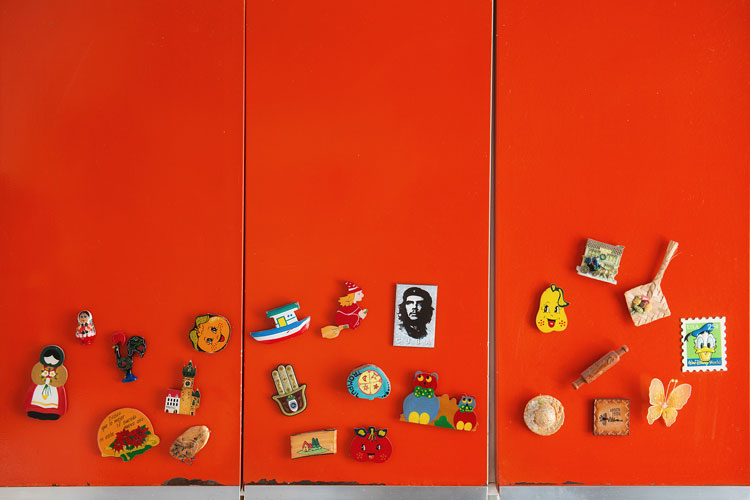 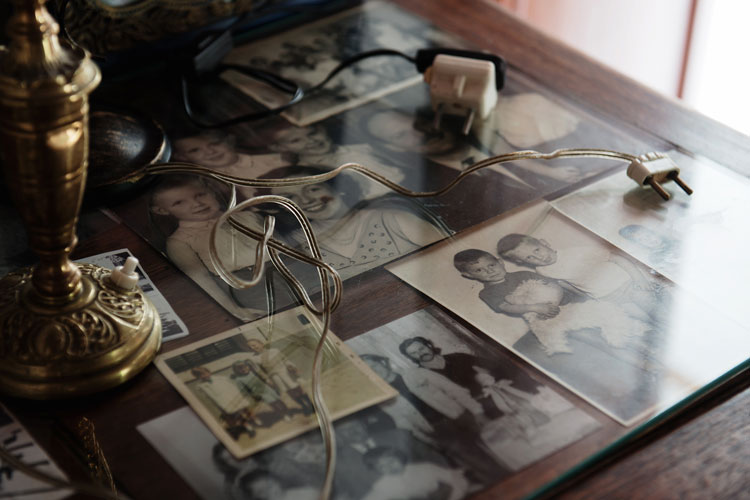 On December 24th 1975, at about 2am, a group of uniformed men violently irrupted in Robert’s mother’s home. They asked for Guillermo, but Guillermo was already a desaparecido, so they took his 18 year-old brother Roberto. A few hours later Roberto was found dead hanging from a bridge.  Six months later his 24 year-old brother Adolfo also disappeared. One month later his 26 year-old other brother Marcelo was killed. Guillermo was released on July 25th 1984. 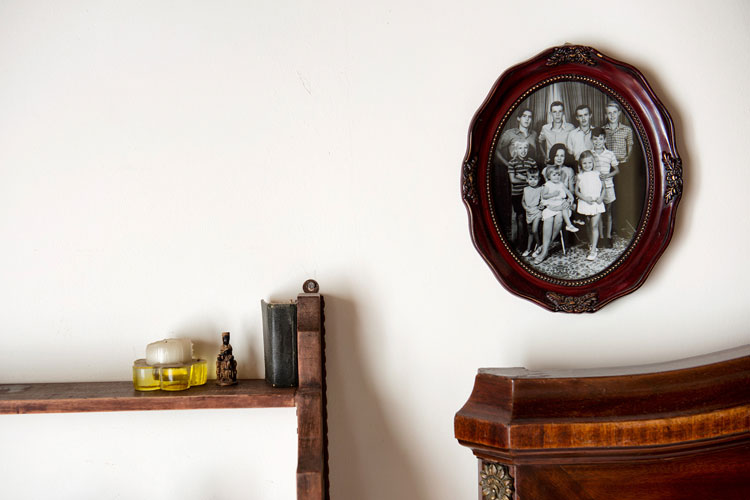 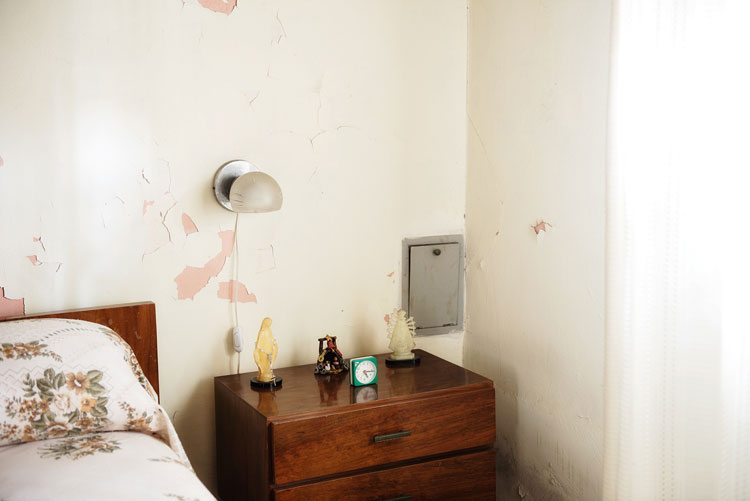 According to witnesses, on April 1st 1977, around 5pm, a police task force chased and arrested Osvaldo near the corner of José Ingenieros and Mario Antelo streets. Just one hour later seven cars surrounded his mother’s house to arrest Osvaldo’s wife. She was released one month later. Osvaldo was 23.

On August 12th 1976, at about 6am, as Claudio’s father was about to leave home for work, three men claiming to be policemen entered Claudio’s room and, while Claudio was still dressing up for work, they dragged him by his hair into one of their cars. He was 23. 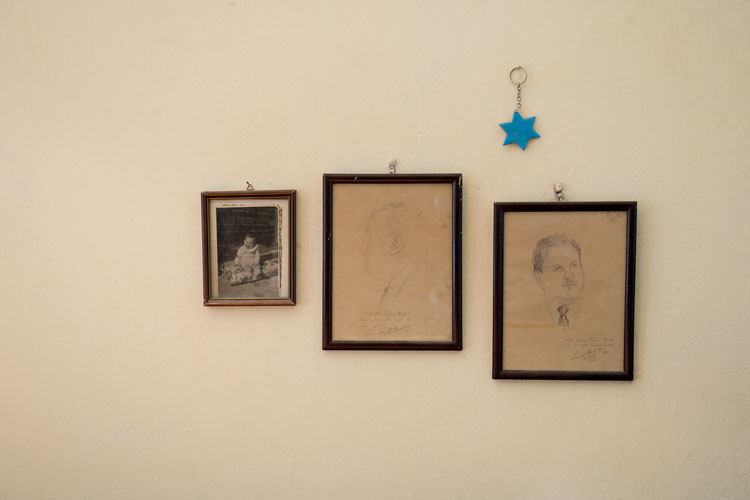 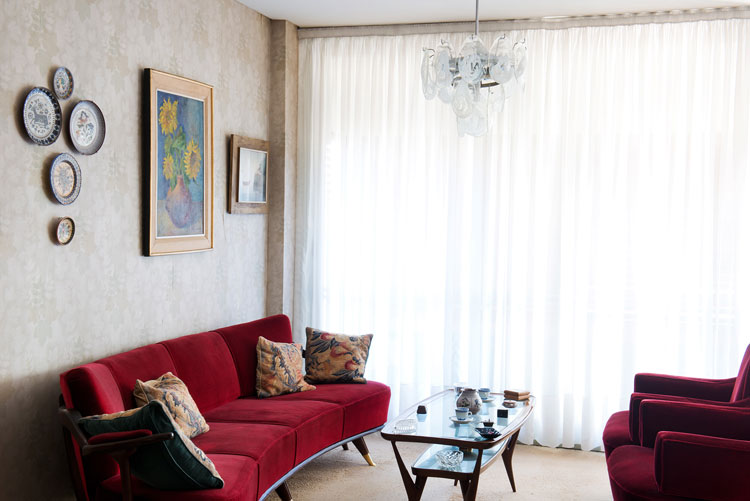 On October 24th 1979 during the evening the doorbell of my grandmother’s apartment rang. My grandmother was hosting a dinner for friends, as she usually did on Wednesdays. My grandfather went down to the building’s entrance and found a group of men in civilian clothes. They gave false IDs and ordered to ask no questions, they delivered my brother and me to my grandfather and then left. My mother was 30, my father 29. 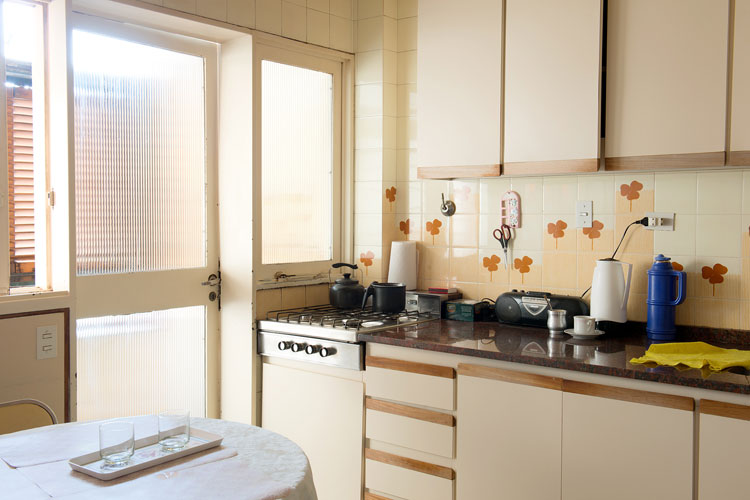 Born in 1978 in Mexico, to an Argentinian family, raised in Israel and currently living in Barcelona, Pancho Tolchinsky is a self taught photographer and Computer Science researcher. He studied Mathematics at Autonomous University of Barcelona and earned his PhD in Artificial Intelligence in the Polytechnic University of Catalonia in Spain. In his photography Pancho Tolchinsky has developed a fascination for portraying home interiors, the home as a projection of both social and individual identity. In 2013 he published his first photography book: The Room We Make for Ourselves and initiated two personal project: Ciutat Vella, in which he portrays and films home interiors in Barcelona’s old city, and Madres where he portraits the home interiors of mothers of the disappeared during Argentina's last dictatorship.

Literature by Kevin Mwachiro
Once Upon a Night
Opinion by Mohamedou Ould Slahi
Guantanamo Diary Author Protests Internet Shutdown in Mauritania
Opinion by Anna Arabindan Kesson
What is Tamil for Loss? Remembering the Sri Lankan Civil War
Art by Taylor Miller
South, and by the Sea: Palestine and Arizona
videos by
An Evening of Poetry from the Horn of Africa
Reportage by Kate Bartlett
Srebrenica's Battle for Truth, 22 Years On
Opinion by Kate McCabe
Refusing the Silence of the British State
Conversations by Deddahi Ould Abdallahi
The Guantánamo Diarist's Hometown Tormentor
Reviews by Alexander Dawson
Rwanda and the Sorrow of Surviving
blog by Kashmir Scholars Action Group
Open Letter to the UN High Commissioner for Human Rights
Like any of the articles? Support our work.
Donate Now