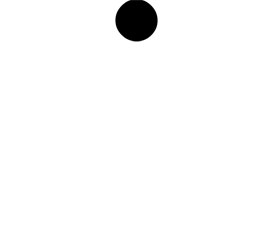 In early 2000, Gustavo Germano began assembling a photographic series called Absences (Ausencias), a project envisioned as a comparison spanning two periods starting with Argentina and then extending towards all of South America. The work is about emptiness, the incommensurable void left by the violence on people and communities in Argentina during the military regime from 1976 to 1983. Germano took his camera and returned to the places where the missing victims of state repression had once lived. By juxtaposing the original images of the disappeared to the pictures taken in the same exact places thirty years later, he captured the brutal impact left by their absences: an empty place at a table, an arm laid toward nothingness, a deserted beach. His documentary project compelled him to travel across Argentina. Helped by families and friends of the victims, Germano gathered images that would allow him to reconstruct their story. Absences is a work that moves itself within the space of the invisible, in the unique and emotional void left by the violence of a fury that even today, after more than three decades, continues to wound Argentinian society and consciousness.

“The conceptual axis of Absences is in the dialogue established between the two photos, a dialogue between the 'present' and the 'absent.' The temporal factor is inherent to each story. It is inevitable and obvious in every photograph, in the subjects and the environment. Thirty years lived, as my mother used to say, with the permanent presence of absence. Thirty years lived by those who were left and thirty years not lived by those assassinated and those disappeared.” Germano says.

Years later Germano proposed to extend his visual investigation to other countries in South America where the work of repression exercised the same logic of persecution and extermination. This was the first step towards the development of a second part of the project. Germano traveled from north to south in the immense Brazilian territories to unearth stories similar to those lived in Argentina and not different from the experiences in Uruguay, Paraguay, Chile, Peru and Bolivia – nations “captive” of Operation Condor, a perverse machine of extermination designed and coordinated by the dictatorships of the Sothern Cone and supported by the United States.

This new extension of the frontier of Absences allows for an understanding of the way the same structure of repression throughout the extensive territory of Latin America was carried out to achieve the same results. It helps us learn about the extent to which the signs of violence have been inscribed forever in families’ histories. The photographs demonstrate the reality of everyday life altered and timed by the distinct memory of what is and what is not.

In the years between the first and the second series of Absences, Germano explored other dimensions of political violence, but this time in the context of Europe. Distances (Distancias), a name evoking a continuity with his previous work, is a recording of the time from the exile of a group of Spanish Republicans who in 1939, after the triumph of the Franco Regime, were forced to find refuge in the cities of Moscow, Mexico City, Paris and Buenos Aires. Distances presents the aged faces of protagonists in the history of Spain now appearing marked by the passing of time, and compares them to images taken before their escape. The look that Germano detects with his camera gives shape to an arch of emotions that goes from nostalgia of the lost land, to the joy of their faithfulness, to the principle of youth, to the sorrow for what the war and the dictatorship stole from their life.

Undoubtedly, the work in Distances is in dialogue with Absences. Despite the fact that each work talks about moments and experiences from two distinct historical periods, in the most intimate core of both projects we find the human soul thrown in the winds of a History that flashes and offers itself to our watching. The winds of History from one side of the Atlantic to the other, in Spanish or Portuguese, in Russian, French or Catalan, define the tragic—but also the resilient and luminous—dimensions and reality that we inherited from the twentieth century.

Introduction by Rubén Chababo and translation from Spanish by Veruska Cantelli. 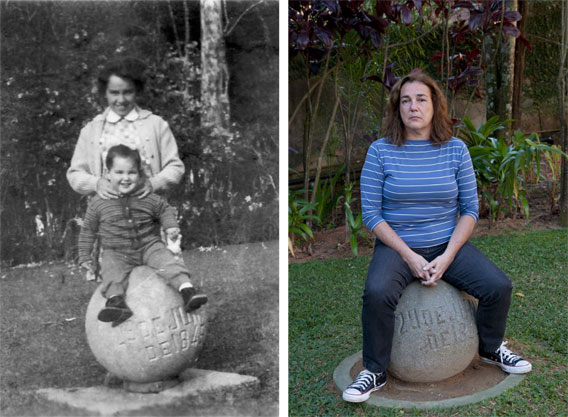 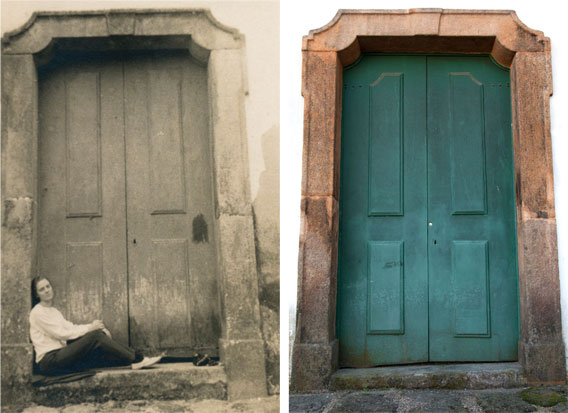 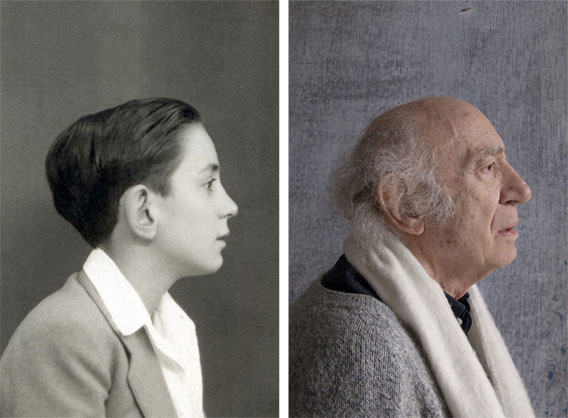 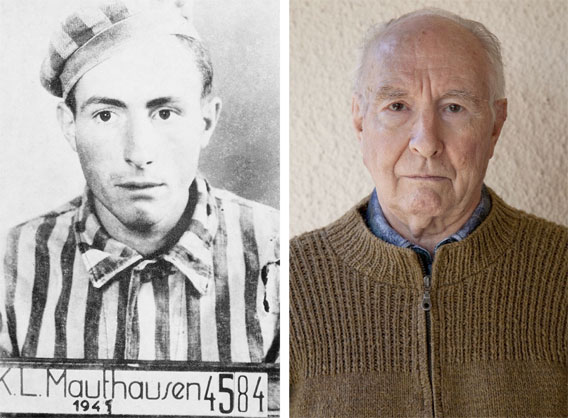 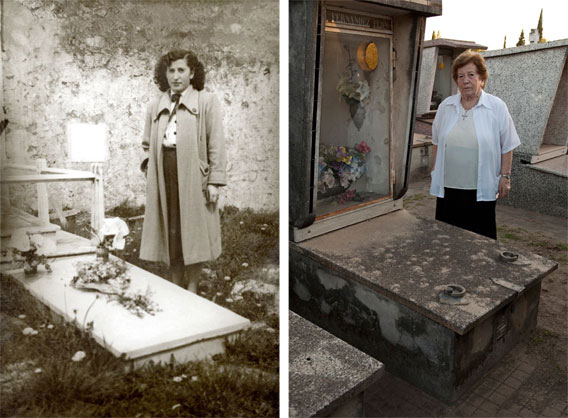 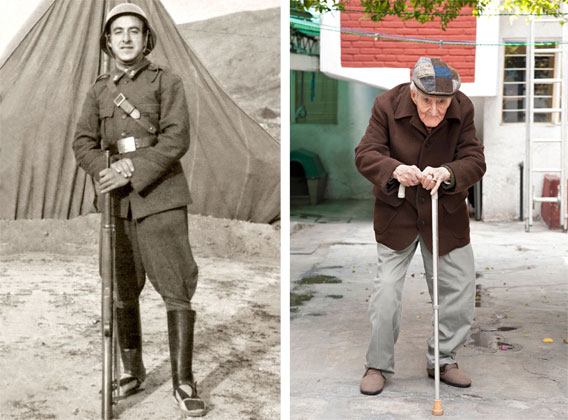 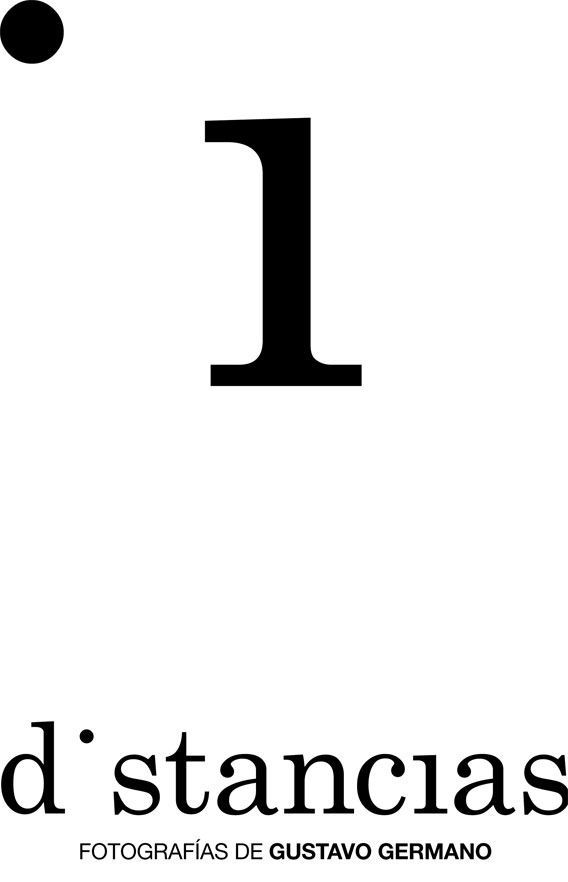 Gustavo Germano was born of February 5th 1964 in Chajarí (Entre Ríos, Argentina). He began working on photography in 1986 during a trip through Latin America. From 1990 he works as a photojournalist and graphic editor for the media of the Entre Ríos province, collaborating at the same time with magazines and newspapers in Buenos Aires. His first exhibition, Traffic of Images (Tráfico de Imágenes) in Aduana was in 1993 in the space of artist Gabriel Bellmann. This exhibition was immediately followed by The Annual Exhibition of Graphic Reporters (Muestra Anual de Reporteros Gráficos) initiated by the newspaper Hora Cero in 1994 and 1995. In 1996  was Street Kids (Chicos de la Calle), in 1997 Doing Circus  (Haciendo Circo), in 1998 the fotonovela (photo story) Twelve at Twelve (Doce a las Doce), in 1999-2000 the installation Go Home, and in 2004 Flush (A Ras). Gustavo taught photography in Entre Ríos and Barcelona where he has lived since 2001. Between January 2006 and October 2007 he worked on the development of Absences (Ausencias), exhibited for the first time on October 16th of the same year at the Casa América Catalunya in Barcelona. During the years 2008 and 2009 he developed Distances (Distancias) and between 2010 and 2012 he concluded Absences Brazil (Ausencias Brasil) inaugurated in Sao Paulo last December. Since 2007 his work on the missing victims and exiled has had more than fifty exhibitions in over twelve countries from the Americas to Europe and Asia.

Rubén Chababo is a professor of literature and Director of the Museum of Memory of the city of Rosario (Museo de la Memoria de la ciudad de Rosario). He investigates and writes on themes linked to Human Rights and State violence in the twentieth century.

Opinion by Laura Kasinof
Yemen's Change Square, Ten Years On
blog by Warscapes
Ethiopia: Urgent Call and Appeal for Peace
Reviews by Sneha Khaund
The Personal is Political in Assam's Insurgency
Opinion by Andrew Ryder
Two Decades of Struggle Against Racist Police Violence
blog by Warscapes
Open Call: The Corona Notebooks
Poetry by Susan Nalugwa Kiguli
To War Mongers Everywhere
Opinion by Jehan Bseiso
Skyping with Medics in Syria
Reviews by Kerry Carnahan
Nathalie Handal: A No-State Solution in Poetry
Reportage by Preethi Nallu
Empower a woman, empower an eco-system
Reviews by Nirupa Umapathy
The War on Terror Goes on Trial
Like any of the articles? Support our work.
Donate Now