On its Twitter feed, the Donetsk People’s Republic recently announced that it’s forming a voluntary division of coal miners tasked with defending their homes and families. The division already consists of almost one hundred miners, but according to Aleksandr Borodai, the DNR’s prime minister, the group is expected to swell to 10,000. This isn’t the only indication of coal miners’ support for the self-proclaimed republic. Two weeks ago, about a 1,000 miners (the DNR puts the number at 10,000) gathered to protest Kyiv’ anti-terrorist operation in Donetsk and Lugansk. At the gathering, Konstantin Kyznetsov, the DNR’s deputy minister of carbon industry, promised that miners will take guns in their hands if Kyiv’s offensive doesn’t cease in ten days.

Ten days have come and gone. No armed contingent of miners has come forth. Rebels have been driven from their stronghold in Slavyansk and are preparing for a pitched battle in Donetsk. If the DNR is on the ropes and it’s going to need coal miner support to survive. And that support appears to be dwindling.

But why would coal miners throw their support behind the Donetsk People’s Republic in the first place? And why would the DNR need their support? There are about 500,000 employed in Ukraine’s coal industry. Quite a sizable constituency, especially if you consider the miners’ families and their broader communities. If the DNR is going to get anywhere, it’s going to need the miners’ backing. As for the miners, any support of the DNR would be chiefly out of economic interest. Mines in eastern Ukraine are heavily subsidized from the center, and many miners fear Kyiv’s push toward Europe will result in the closing of more mines. As Yuri Zhukov writes in Foreign Affairs, “The pattern of violence in Donbass reflects this economic profile. Data gathered from Ukrainian and international news agencies show disproportionately high levels of fighting in coal-mining districts. Even after adjusting for other factors (such as Russian language, policing, population density, terrain, roads, and spillover from neighboring towns), the size of the local mining labor force remains the strongest predictor of rebel activity.” Recent rebel activity, particularly the raiding of mines, kidnapping, and other activities could strain relations with the mining communities.

Donbass miners have a tradition of labor activism dating back to the early 1990s. A general strike in 1993, which involved 230 of the region’s 250 mines and 400 other enterprises, demanded a referendum on regional autonomy, closer ties to Russia, and the resignation of the political leadership in Kyiv. More recently, in April, Donetsk miners stormed government buildings, pressing their demands. There has also been a series of strikes over the last few months, particularly at the mines owned by Ukraine’s richest oligarch, Rinat Akhmetov, owner of half the mines in the region. Some of these actions supported the separatists. In late May, coal miners from six mines refused to work in protest of the military operation against separatists. Also, miners showed their support for the DNR when they refused to heed Akhmetov’s call to mobilize against separatism.

Since 1996, 137 mines have been shuttered leaving unemployment in its wake. The immediate pain was salved by Viktor Yanukovych, a Donbass native, who continued paying out subsidies, including $1.8 million doled out for salaries alone. Yanukovych had personal reasons for doing this. Not only is the east his constituency, but a report by the Organised Crime and Corruption Reporting Project (OCCRP) found that companies linked to his son, Oleksandr, sold black market coal, taking jobs from miners. There was also a marked increase in illegal mines under Yanukovych’s tenure. About 2500 illegal mines operate in Ukraine, mostly in Donetsk and Lugansk, often with the silent okay of the leadership in Kyiv. Many legal mines operated at a loss. In 2013, the mines’ deficits were about $410 million. Still, Ukraine produced 61 million tons of coal in 2013, making it Europe’s fourth largest producer.

Kyiv’s subsidy of mines and miners is coming to an end. The IMF loans to Ukraine require closing mines and cutting subsidies. In late May, the Ukrainian cabinet ordered the State Property Fund to begin preparations to auction off thirty-eight of the country’s mines. Some of them will be privatized, but many will likely be closed altogether. According to Yury Ziukov, Ukraine’s First Deputy Energy Minister, the state’s austerity measures will include cutting subsidies to mines by almost $230 million, and auctioning up to 30 percent of existing mines. Out of the 120 mines currently functioning seventy will be temporarily or permanently shut down. In fact, Kyiv plans on closing fifty mines by 2020. This would leave Ukraine with thirty-eight operational mines and tens of thousands unemployed. “We must recognize that half Ukraine’s coal mines and capacity are economically infeasible,” said Igor Burakovskii, the head of the Institute for Economic Study and Political Consultation, at a recent economic roundtable.

Coal miners and the separatist cause may coincide at the moment, but miner support might be tenuous. Some don’t see a better lot with Russia. In May, a group miners from the Independent Miner’s Union threatened to strike if the Donbass was transferred to Russia, arguing that miners there don’t fare much better. At the same time, relations between the miners and separatists groups are becoming strained as the latter raid mines for explosives, kidnap their managers, and even try to force miners to fight for their cause. In June, separatists robbed the Komsomolets Donbass mine, owned by Akhmetov, of 10 million hyrvnia worth of trucks, cars, and the security’s weapons and bulletproof vests. They also robbed the director and deputy director. Separatists blocked the road leading to the mine, preventing 800 miners from leaving their shift.

“People in the town of Kirovsk and the mine are very frightened by the actions of the aggressors and worry about the security and safety of the enterprise,” says one report. Rebels from the Donetsk People’s Republic also raided the Skochinsk mine and stole 720 kilograms of explosives. Recently, rebels also kidnapped Aleksandr Martemyanov, the director of the Ukraine mine, and stole 1590 kilograms of explosives and 135 electronic detonators from the Lisihanskugol and Privolnyansk mines. DNR rebels also kidnapped the directors of the Kalinin and Skochinsk mines, presumably for ransom. Even coal miner union officials aren’t safe. This week, rebels kidnapped Mikhail Stashin, a representative of the miners union for the Izvestia mine. “There’s no support for terrorists,” says coal miner union representative Nikolai Bolynko. “[Support] wanes every day. There is roughly speaking ten percent of people support [the separatists].”

Donbass miners are caught in the middle. They oppose Kyiv because it plans austerity measures, but the violent whims of the separatists makes the miners question their future in the People’s Republics. Miners’ support of the DNR is  rapidly slipping. If this trend continues the rebels will be left without a key constituency. As Ukrainian army prepares to attack Donetsk, coal miner support is pivotal to the People’s Republic. Without it the battle will be short and their defeat certain.

Sean Guillory is a postdoctoral fellow in the Center for Russian and East European Studies at the University of Pittsburgh. In addition, he is an avid “Russia Watcher” and blogs about contemporary Russian politics and society at Sean’s Russia Blog and hosts the podcast New Books in Russian and Eurasian Studies. You can follow him on Twitter @seansrussiablog

The Fed, the Virus, and Inequality
Nomi Prins 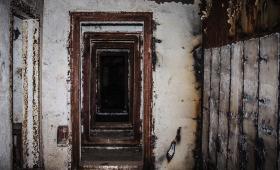