I got my copy of Makena Maganjo’s South B's Finest a few days prior to Kenya's first Covid-19 case. Reading it now, a few days into this crisis, I'm very conscious the uncertain before of this crisis and what our lives will be in the unimaginable future. The after. Reading this in the time of social distancing where what I know as normal life is shifting dramatically, and bears heavy on my experience of this novel.

South B’s Finest opens with a scene from August 2012 which becomes the narrators' present day. Here we meet characters whose present and past lives at Malaba Estate in South B are this unnamed narrator’s subjects. The event, a wedding ceremony that is revisited throughout the novel, is the after from where Makena Maganjo anchors the narrator’s perspective of events in the past. That past has bearing on how these people’s lives have turned out.

Maganjo writes: "…that past stretches its hand into the present and reminds it that it is nothing without the weight of events that have come before."

South B, where the fictional Malaba Estate is located, is an urban residential neighborhood built in the 1970s to provide housing for Nairobi’s burgeoning middle class. Many of its early residents were Kenyans of Asian and African descent. Until Kenya’s independence in 1963, housing in Nairobi was racially segregated with each race living in designated areas. Karen for example, where Mr Mutiso’s parents reside in this novel, was once designated as a "Europeans Only" neighborhood. South B’s residents in this novel are parents, like mine, who were among the first or second generation of their rural-based families who left home for school or work and made a home in Nairobi. One of my favorite lines from the novel describes them as, "Girls who had to send part of their university boom back home to their parents still living in a mud hut. Girls who didn't wear a pair of shoes for the first thirteen years of their lives. Girls whose English was so heavily accented it sounded like a lumbering train whose engine was about to fail." 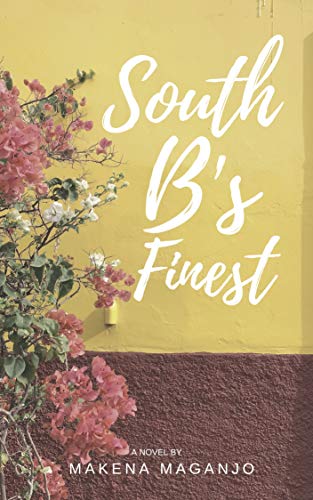 Their children are the ones growing in this very different setting, and only ever speaking a language that is foreign to their grandparents and some of their parents. In each chapter, the narrator gives the individual perspectives of the children and the adults in this neighbourhood. We meet the Shah, Mutiso, Mathai, and Karanja families. We meet Ng’ang’a the shopkeeper, whose shop is adjacent to their homes - he plays vital role in these lives. However, Malaba’s residents rarely consider Ng’ang’a’s interiority, he is both present and invisible to them. This carries on to the extent that when obvious aspects of Ng’ang’a’s personal life are revealed, they are always greeted with surprise. This idea that Ng’ang’a who is adjacent but never viewed as a neighbor extends to the discomfort characters experience when they are reminded in subtle or less subtle ways that proximity or membership to this place, to this class, or to the Bible Study does not guarantee inclusion in the community.

We also meet Priscilla the maid who moves into the neighborhood with her employers, the Mathais. She never cedes her agency and lives in utter oblivion or complete disregard (I’m never certain) of her employers’ and community’s idea of what her place is in this undefined yet firm hierarchy. This is in contrast with employees in the other households whose voices are never part of the action.

Even though some residents feel that in settling in Malaba Estate they have arrived, there’s the sense that they are living in the after of other people’s departures. People like Mr Mutiso’s parents who live in Karen, an upmarket neighborhood in Nairobi, where a wealthier class lives. Wealthier people like Annabel Oluoch who is moving out of Malaba Estate and just relieved to find tenants she trusts. There’s even a hint that Malaba Estate is a place in decline as the Mathai’s move in: "…the bougainvillea fences came to an abrupt halt for three houses on the right hand side of the road. The fences had been replaced with stone walls….Each stone wall had broken bottles and glass jutting out at the top, the glass pieces so close together you couldn’t find a surface to place the palm of one hand flat." It’s something that Mr Mathai’s enthusiastic ‘We’ve made it!’ doesn’t grasp.

I enjoyed the seeing the friendship between Nyambura and Esther grow and change during different incidences in this novel. It’s interesting to see how aspects of their characters are affected by their parents’ lifestyles. To see them evolve in their preteens and into their adulthood; there’s so much here about growing up in Nairobi that I am excited to see on the page.

South B’s Finest builds on the tradition of Kenyan writers who have chronicled multiple Nairobis, from Meja Mwangi’s Going Down River Road and Marjorie Oludhe Macgoye’s Coming to Birth to Kinyanjui Kombani’s The Last Villains of Molo. These are stories of people making home in this city. However, this novel through its episodic structure accomplishes what I am more accustomed to seeing in short story collections such as Uhuru Street by MG Vassanji and Petina Gappah’s An Elegy for Easterly where linked stories give the soul of a people and a place, at a specific period in history. Maganjo’s attention to the mundane, and to pop culture – here music and television in the characters’ lives is what sets it apart.

Maganjo excels in portraying individuals and families that someone like me observed as living in my ideal Nairobi. They have all the quirks of everyday Nairobi people I knew: hosting parties, attending Bible Study meetings, dealing with infidelity, intrusive in-laws, loving yet negligent parents, secret children, living with grief and financial ruin. Sometimes they fail each other, other times they are all the necessary and unexpected support to get through turmoil.

Kenya’s 1990s was a decade where Kenyans witnessed major dramatic and sometimes devastating events whose effects stretched on for years. Events such as the emergence of multiparty democracy, the ethnic clashes of 1992, the Structural Adjustment Programme (SAPS), the HIV & AIDS crisis, the growth of the evangelical movement in Kenya, and the 1998 US Embassy bombing in Nairobi all affect Malaba’s residents. I’m impressed at how minute details of lives adjusting to both the negative and the positive changes happening during this period are revealed. It is Priscilla complaining about the fact she gets no help from her employers’ relatives who have taken refuge in the Mathai house after the 1992 clashes. It is the Bible Study group’s debating Ng’ang’a’s decision to sell condoms. They weather multiple befores and multiple afters often motivated by concern for their immediate wellbeing and those they are close to.

Maganjo launched this book in Nairobi in early March 2020. We meet Malaba Estate’s former and present residents in their after in August 2012, our before in March 2020. Some of them still live where they started. Newcomers, and new buildings have replaced some of them in this still existing neighborhood. There are those living completely different lives having overcome whatever challenges they had to face. Just as we will in these coming days.

Lutivini Majanja lives in Nairobi, Kenya. Her writing has been published in Popula, The Elephant, Best Microfiction 2019, New Orleans Review, Kwani? and McSweeney’s. She has an MFA in Creative Writing from the University of Maryland, College Park.

Reviews by Asri Saraswati
Through the sieve of dry grass walls: Indonesia's Sitor Situmorang
Literature by Abdi Aden Abdi,
Dadaab Corona Notebooks
blog by Warscapes
Ethiopia: Urgent Call and Appeal for Peace
Reviews by Sneha Khaund
The Personal is Political in Assam's Insurgency
blog by Warscapes
African Authors Sans Frontieres in Solidarity with African-Americans
Conversations by Nathan Suhr-Sytsma
What binds us, in this boat: Poet ‘Gbenga Adeoba on migration
Literature by Kevin Mwachiro
Once Upon a Night
Opinion by Anne Bourrel
No, I won't write about corona
Literature by Valérie Gruhn
Ebola Journal
Poetry by Ngũgĩ wa Thiong’o
Dawn of Darkness
Like any of the articles? Support our work.
Donate Now