At the beginning of Ordinary Witness, a new piece byFrench choreographer Rachid Ouramdane performed at New York Live Arts on October 11, an electric guitar lies on the floor next to a self-standing light installation that boxes into a square structure of large round lights that are the only source illuminating the stage. A man walks in, picks up the guitar, turns it on, hangs it on the structure and exits the stage. The lights dim and a voice is heard telling the first of a series of testimonials in French and Portuguese articulating experiences with extreme violence and torture. Little historical specificity is included in these testimonies. English subtitles are projected on the back wall.

At the top of the show in what might have been the description of a moment in the unspeakable history of mass murders, a male French-speaking narrator struggles with memory to express his experience in what he calls the “particularities of genocide.”  The normalizing of cruelty is perhaps what Ouramdane is trying to articulate when the first speaker wonders if the killing and dying that takes place in moments of extreme violence are of no consequence. In this testimony, survival is framed as accidental and the act of murder is made ordinary by the sheer arbitrariness of chance encounters: possible victims escape death as killers suddenly are called to do other actions. “Human life is nullified,” he observes, no matter what the outcome is at that moment.

Ordinary Witness consists of a series of narratives that are juxtaposed with performers who walk through the space stopping to slowly perform tasks like hand stands, embracing another person, standing up and melting down, playing dead lying in distorted positions, observing another person stand and fall, putting their bodies in contorted positions with arms behind and around their own necks, bending backwards and falling off of it. Replacing the disembodied voices, at times an electronic score pumps the space with rhythmic loud beats complementing the feeling that perhaps these torturous, yoga-like positions are to signal the viewer ‘s consciousness that contortion here represent pain and endurance symbolizes forced impositions. After all who would want to balance on a handstand for long periods of time in public unless told to do so? Thoughts of coercion, solitude, alienation, and pain are represented.

What is the conundrum in Ordinary Witnesses? The problem of relating history to bodies to testimonies to movement is one preoccupying many artists throughout history, and abstracting realities into movement has been a strategy utilized by socially minded choreographers since Martha Graham and until Yvonne Rainer’s screeching NO reinvigorated new approaches to choreography. But dance continues to prove itself a difficult language with which to express the syntax of global politics.  So what can we say if we can say anything? As Rainer moves into parodied and ironic adaptations of historical documents and pop culture, most of us are still holding fearfully to a devotion to The Body. A body that represents all bodies, a body that speaks to all bodies, a body that has no name and is neutralized by physical practices, a body that has become the aestheticised Body. If artists were to produce more “protest” pieces foregoing their fear of becoming too literal, the choreographic difficulty of expressing painful realities with a body in motion in time would still be a challenge. But when artists make a choice a priori towards representation and inscribe the body with violence through the repetition of abstracted gestures, the mechanized individual’s performance is rendered small and the impact of words loom larger over them. The choice to physically represent the situation described in the testimonies unfortunately only cements the strength of the word in Ordinary Witness, and Ouramdane’s choreographic choices in the end do not match the profound experience the testimonies attest to. We watch as dancers represent what torture might have looked like, what witnessing death might have looked like, what sharing grief might have felt like.

As fortunate outsiders to the process of destruction that took place in Rwanda (1993), or during the military dictatorship in Brazil (1964-84) the viewers, instead of being bombarded with a strong perspective on these histories, were complacent observers of an artist’s poetic interpretation of other peoples’ histories. By avoiding the theatrical conundrum of dealing with the politics of being political in the postmodern dance world with its indifference towards most things political, some choreographers have opted to situate their work within a philosophical universe where asserting one’s political position has been replaced by truisms like “How can human beings be capable of such acts of violence against one another?” Ouramdane, with perhaps an apprehension of producing a didactic manifesto against state sanctioned violence, chose a universalizing story of the “human spirit” only obliquely dealing with the testimonials in the work.

Although he captured some of the impact of violence, endurance, continuity, commitment, and personal strength with the long and mesmerizing female solo when the dancer spun dervish-like with arms and head turning and changing in varying degrees of speed and direction, ultimately the extraordinary testimonials that informed this piece served only as background for a dance that was too vague to be called didactic.

Patricia Hoffbauer is a Brazilian-born choreographer, director, performer, and educator. Besides creating her own work, she has developed a 15-year artistic collaboration with writer/performer George Emilio Sanchez with whom she has toured throughout the United States and Latin America. In 2002-03 Ms. Hoffbauer and Mr. Sanchez were the Viola Farber Artists-In-Residence at Sarah Lawrence College. At the end of that residency they presented Hoc Est Corpus/This Is A Body at Symphony Space in April 2003. Her latest collaboration with Mr. Sanchez, Milagro, premiered at Dance Theater Workshop. They did a three-week run of their piece The Architecture of Seeing: REMIX at La MaMa for a 10-year anniversary. Their collaborations and her individual work have been supported by the NEA, NYFA, NYSCA, & The Rockefeller Foundation. Hoffbauer has taught at Wesleyan University, Virginia Commonwealth University, Miami Dade Community College, Sara Lawrence College, New York University’s Tish School of the Arts’ summer program, Pratt Institute, Marymount Manhattan College, and Yale University. Currently she teaches at Hunter College’s Dance Program and at Princeton University.  In 2002 Ms. Hoffbauer was invited by Yvonne Rainer to perform her 1961 solo Three Seascapes at Jacob's Pillow, since then she has been working with Rainer and her company. The company is in residency at Dia:Beacon for the year of 2011/12.  Hoffbauer produced Rainer's tour to Sao Paulo in 2009. Hoffbauer's new work Para-dice premiered at Danspace Project at St Mark's Church as part of the Platform Series in the fall of 2010.  Last year she was commissioned by New York University Tisch School of the Arts to create a piece for the dance department's Second Avenue Dance Company, her alma matter. That piece was also chosen to be part of the La MaMa Moves! Festival in May of 2011. 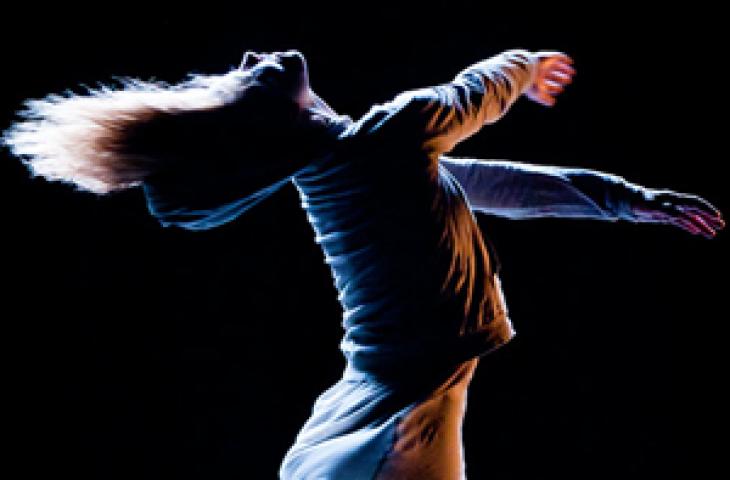 Reviews by Jess Rohan
What Machines See: Trevor Paglen on Invisible Images
Opinion by Michael Busch
What's In Store for Betsy DeVos
Opinion by Ikram Ullah
A Century in Defiance
Conversations by Michael Busch
"Next Time They'll Come to Count the Dead": A Conversation with Nick Turse
blog by Melissa Rodriguez
UN report: Syrian government is exterminating its own people
blog by Deepali Srivastava
The Panama Papers aren't about Panama
blog by Fabio Andrés Díaz
One Country, Two Peace Processes
Reviews by Greg Shupak
Cuba in the World
blog by Jessica Rohan
Performance protest against assassinations & drone strikes in Hadhramout, Yemen
videos by Warscapes
Poets Respond to Torture
Like any of the articles? Support our work.
Donate Now