Springtime: The New Student Rebellions is a curious hybrid beast, one of an emerging species of document that is becoming increasingly common. It’s a physical book, with heft and finish, paper pages, a colorful cover. But the contents of the book are almost entirely freely available from internet sources, as digital documents.  Springtime includes pages of tweets laid out collage-style; black-and-white screen captures from instructional videos streamed on internet ‘television’ channels; a map produced and freely distributed as a .jpeg by a collection of collectives; and photographs from the Getty Images stock photography service as well as uncredited digital images made, presumably, by onlookers or participants in the titular rebellions.  It also includes a lot of writing: Communiqués; manifestos; chapters of other books; timelines; diary entries; articles first published as webpages or in magazines; graffitied slogans quoted as epigraphs; letters signed by “THE CHILDREN,” or by first-person interlocutors who give their full names.

It’s exciting stuff. The overall sense is one of earnest and scathing critique, performed with unabashed zeal. Most individual pieces are under three pages long, and the format invites readers to skim, skip around, open anywhere and dip in. And readers who do so will be amply rewarded voices that ring out, clear, in outrage and in solidarity. “WE HAVE DECIDED NOT TO DIE,” in black electrical tape lettering on the stone wall of a university. Ranks of students shielded by huge handmade book covers, creating the spectacle of police physically assaulting Plato’s Republic, Spinoza’s Ethics, Ray Bradbury’s Fahrenheit 451….there is much inspiration – and ammunition – to be found here. American students, many of whom still feel that education is a privilege and thus cannot bring themselves to demand general amnesty for student debt, would do well to examine Giulio Calella’s essay “The Factory of Precarious Workers,” and also the “Communiqué From an Absent Future: On the Termination of Student Life,” which came out of California’s university occupation movement.

But some of the most stirring stories are those that were just in their preludes when this book was released. The final chapter, a slight two-page dispatch from Adam Shatz in Cairo, describes some of the first protest actions that followed the murder of Khalid Said. The intervening months have rendered his commentary quaintly historical. “Listen to the bells of Tunis, you corrupt, monstrous, moth-eaten dictators,” warns Leila Basmoudi, “They’re ringing for you.” She calls out Mubarak and Gaddafi, and Obama and Sarkozy for supporting torturers, and levelly declares, “Citizens are burning themselves in Algiers and Cairo, hoping to trigger a revolution. It will come.” And now, since her writing, it has, it has, and it keeps on coming, every day, in widespread locations, with various untenable coalitions and impossible propositions, and it’s moving so fast that predictions can become historical facts almost instantaneously, and these phenomena beg many questions, but the most pressing nagging persistent question must be What am I doing right now? And the corollary, for the purposes of a book review, might be: What was the point of making this book? And what is the point, now, of writing about it?

The production of new material, new events is happening so quickly and so directly, and the act of compiling it into a book takes so much time, that a book like this is almost outdated, by definition, before it becomes available. The book form guarantees its own obsolescence. Almost everything here is available more quickly and less expensively in digital form. Embodying the materials as a physical object is something people do for themselves anyway, without the need for a publisher – handwritten and photocopied rough translations of “The Coming Insurrection” were being circulated almost immediately after the original was released in French. The lags and gaps between conception, production, and consumption have nearly collapsed in these scenarios. Springtime could be useful as a sourcebook, akin to those used by professional historians, a compilation of primary materials, an archive. But it seems to want to be something more, assuring us on the back cover that it “will become an essential point of reference as the struggle continues.” Can a book, this book, be a manual for future struggles?

It might not be fast enough. When individuals and loosely confederated groups taking historically significant actions are simultaneously compiling the history of their actions, by tweeting/blogging/livestreaming/digi-collaging/videographing/texting as well as by old-fashioned writing and photographing and filming, the sheer acceleration and sense of near-immediacy are exhilarating to those involved in other movements, other actions. There may well be an amplifying or magnifying effect, opening possible affinities that would have been precluded, once, by distance and time. With these proliferations of auto-produced and auto-distributed materials, the extant procedures for whitewashing, regularizing and homogenizing the historical record are rendered far less effective. At the same time, the expected period from germination to ‘ripeness’ of social movements has also been radically compressed.

Of course, many, many people around the world do not have access to the new technological tools used by the young people represented in this book. We can see, ex post facto, how resistors have been sequestered and destroyed in places with less communications infrastructure, lower literacy, or tighter control on information. But many, many people also don’t have access to expensive English-language bound books. It’s not clear that a book like Springtime actually increases access to these materials among those who might be inclined to approach it as a ‘reference’ for the struggle, unless we posit that more people can get books than internet access, or unless university students with disposable income and English skills are considered the epicenter of these ongoing tremors.

What the book form does is legitimize the contents for people who are not intimately involved with the struggles depicted. It gives reporters and academics and commentators an easy appetizer platter to consume and quickly digest, in a form that adds more credibility to a citations list than would the original anonymous pamphlets and webpages and songs. To compile, to curate, to bind and publish and sell: These are acts of omission. And they may encourage further omissions. We, in particular the privileged North American we, have inflicted an excess of sedentary solidarity on those we admire.  Ours has been the solidarity of sentiment, of sad shaking-of-head-while-sitting-at-home. We know what’s wrong: pretty much everything. And we know it’s our own damn fault. This awareness permeates our conversations, on the national scale and in breakfast-table confidences. We have no shortage of evidence, no lack of information or analysis that needs remedy by book. As Evan Calder emphasizes in his introduction section, “The genuine moments of advance and rupture were the instances, however fleeting, when…divisions proved irrelevant in the face of tactical considerations…in the fact of coming together not in abstract solidarity, but in acts.”[emphasis added]  Let not we book-readers deceive ourselves: Reading sympathetically about the student rebellions or the Arab Spring or the Guantanamo prisoners or the children killed by drones is not in itself an act of solidarity, and it might not even be preparation for an act of solidarity. There is much, much more to do.

Sarah Lippek is an American writer, researcher, organizer, and generalist. She worked extensively with homeless young people in her hometown, Seattle, before moving to New York and becoming the inaugural director of the first needle exchange in the borough of Queens.  A graduate of the City University of New York Baccalaureate for Unique and Interdisciplinary Studies and the Department of History at Central European University, she is currently a juris doctor candidate at the University of Washington School of Law as a Gates Public Service Law Scholar.  Her work there includes co-founding the Northwest chapter of the Iraqi Refugee Assistance Project, an international organization providing comprehensive legal services to refugees seeking resettlement.  Lippek’s debut fiction collection, Complicity, was released by Publication Studio in 2010. A novel, 158 Suicide Letters, is forthcoming. 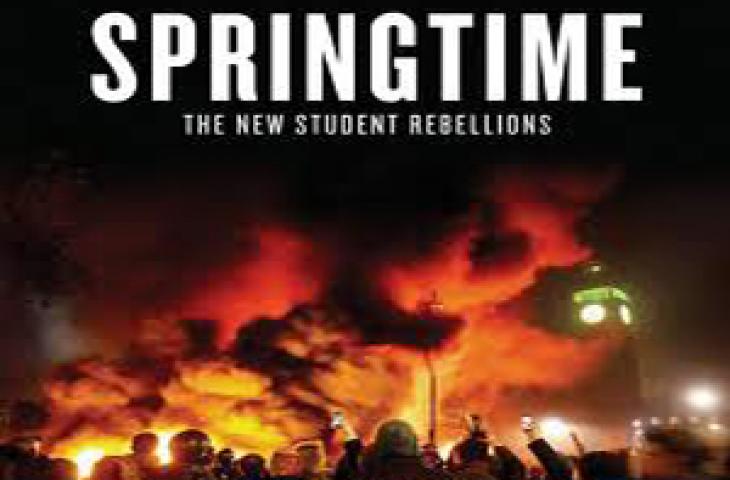